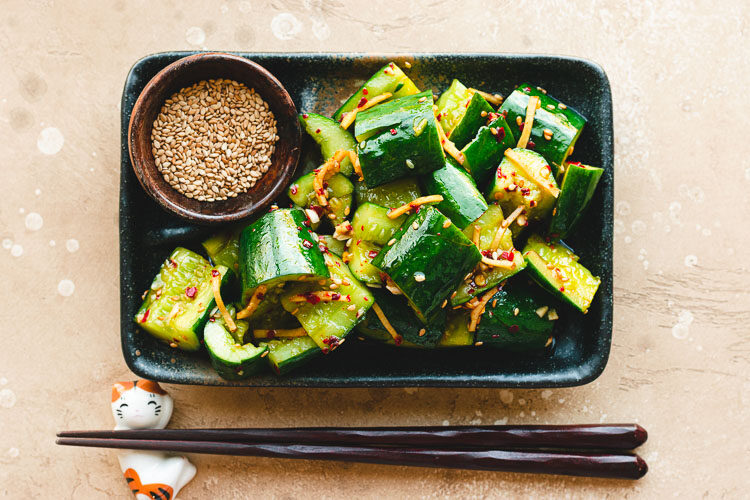 This page may contain affiliate links. As an Amazon associate I earn from qualifying purchases. Please read our disclosure for more info.
Jump to Recipe Print Recipe

Learn how to make this tasty Japanese side dish with fresh, crisp cucumbers. Deliciously crunchy, fun to make, and quick to prepare!

What is Tataki Kyuri?

Smashing the cucumbers splits the skin and allows the dressing to seep into the flesh better. It also creates different textures — some of the flesh gets separated from the skin, making it tender and easier to soak up the sauce, while the chunks with skin are crisp and refreshing to bite into. And of course, it’s just more fun to prepare cucumbers this way!

Tataki kyuri is super simple to make! All you need are 7 basic ingredients:

Lightly smash the cucumbers. ⟶ If you hit the cucumbers too hard, they will go flying everywhere and you will break more of it than you want. You just want to create cracks and cut into some of the flesh, but you don’t have to completely break the cucumber.

Place cucumbers in a bag (optional). ⟶ If you’re afraid of the cucumbers flying around your kitchen when you hit them, place them in a ziplock bag first. However, I just place them on my cutting board and hit lightly.

Serve cold! ⟶ If you’re going to serve right away, make sure you use cold cucumbers from the fridge. Room temperature cucumbers will not have the same refreshing, crisp taste. You can also let the cucumbers sit in the fridge for 1-2 hours before serving.

If you try out these Japanese smashed cucumbers, don’t forget to leave a comment/rating down below and tag me in your photos on instagram @ellielikes.cooking. I love seeing all of your tasty recreations! 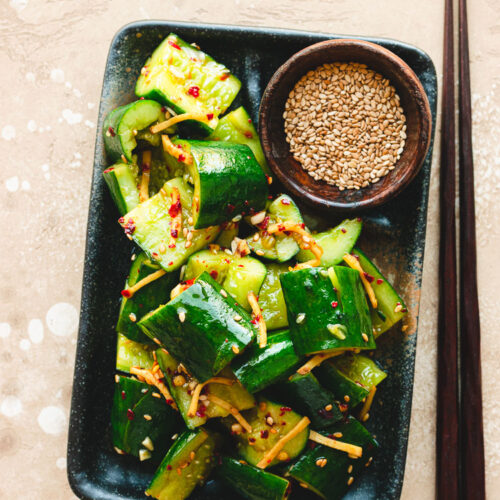 *Disclosure: This page may contain affiliate links. As an Amazon Associate I earn from qualifying purchases, but the price remains the same to you. Thank you for supporting Ellie Likes Cooking! 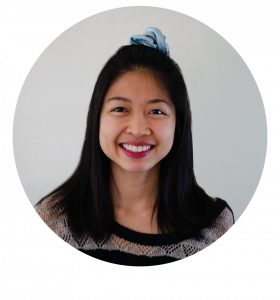